The Mystery of the Missing Mascot

What happens when a school mascot goes missing and sends clues of its whereabouts from across America? This question and the wandering mascot Cooper, a cougar, were at the center of a weeklong learning adventure that transformed Cranberry Elementary School. 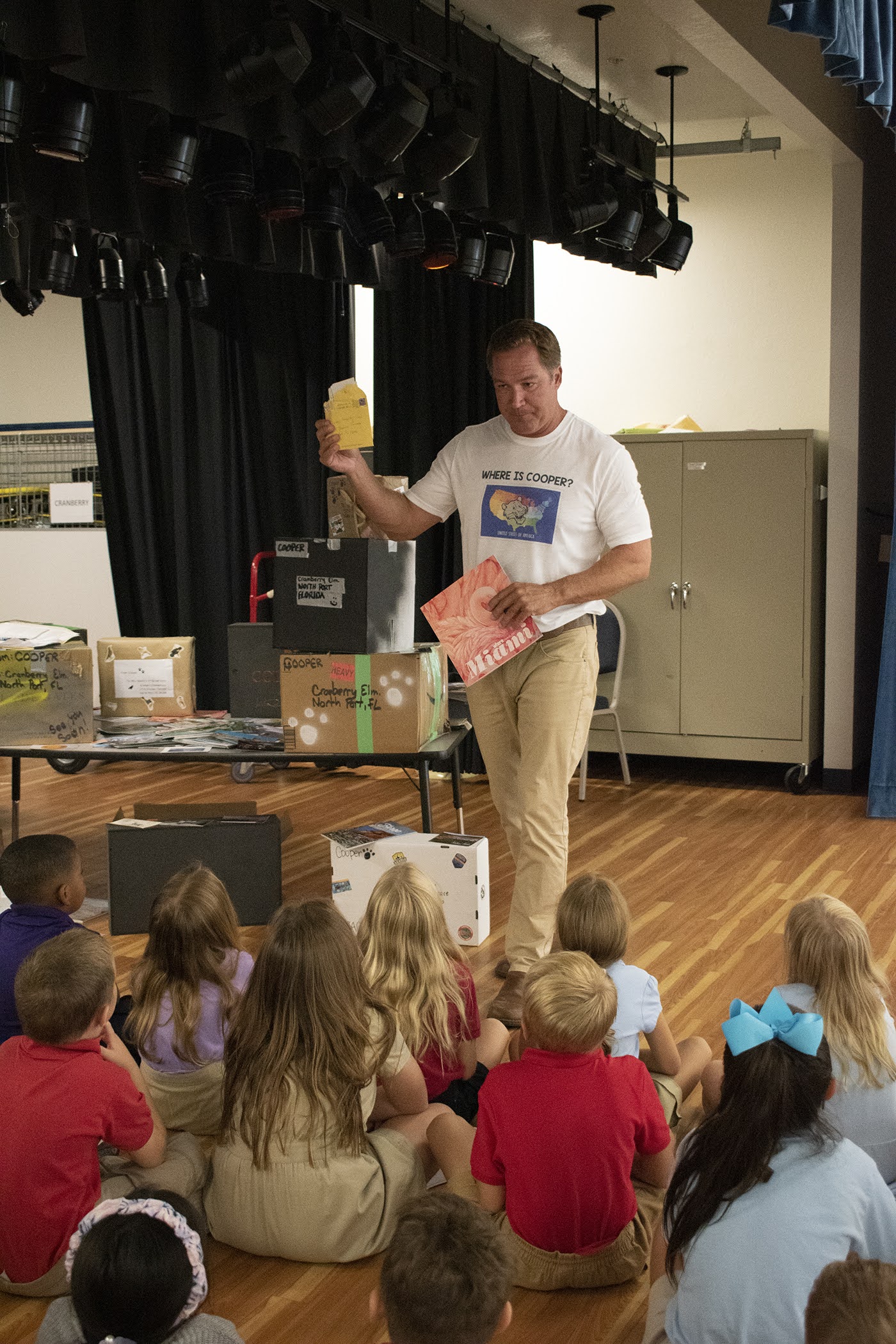 It started on August 15, the first full week of the new school year, when students at this Title I school in North Port found “Missing” posters up around campus and learned that Cooper, their beloved mascot, could not be found. There was something else: packages had appeared in classrooms and in the hallways, envelopes too, and postcards. More would arrive.

Cooper had headed out on the great American road trip and was sending mementos from all the places he’d visited. It would be up to the students to decode these clues to find out where he’d been, just how far he’d traveled, and when he might return.

All week, the mystery of the missing mascot dominated life at Cranberry Elementary School. It filled classrooms, hallways, the lunchroom, and even recess with a palpable energy. The normal routine of lessons was shelved as students across curriculum and grade level handled artifacts, researched them, posed questions, plotted courses, determined distances, made inferences, and shared with others what they’d learned along the way.

Something else happened: the experience energized teachers and made for an excellent start to a new school year. Teachers collaborated with University of South Florida professors Mitch Ruzek and Dana Zeidler to plan for the week, and they had ownership at all stages of the process. They collaborated with one another. And they got to teach material through new lenses.

“As a 30-year teaching veteran,” said art teacher Carmen Turner, “this has given me a whole new excitement for art projects this year.” She developed art lessons around national parks. Students studied the landforms, flora, and fauna found at the parks Cooper had visited. They made art such as animal skull paintings based on Georgia O’Keeffe. Students “worked on cacti, desert landscape elements, textured terrains (for kindergarten), and the natural arches and hoodoos of Arches National Park.” As Carmen noted, her lessons were “only limited by how far I want to take it.” 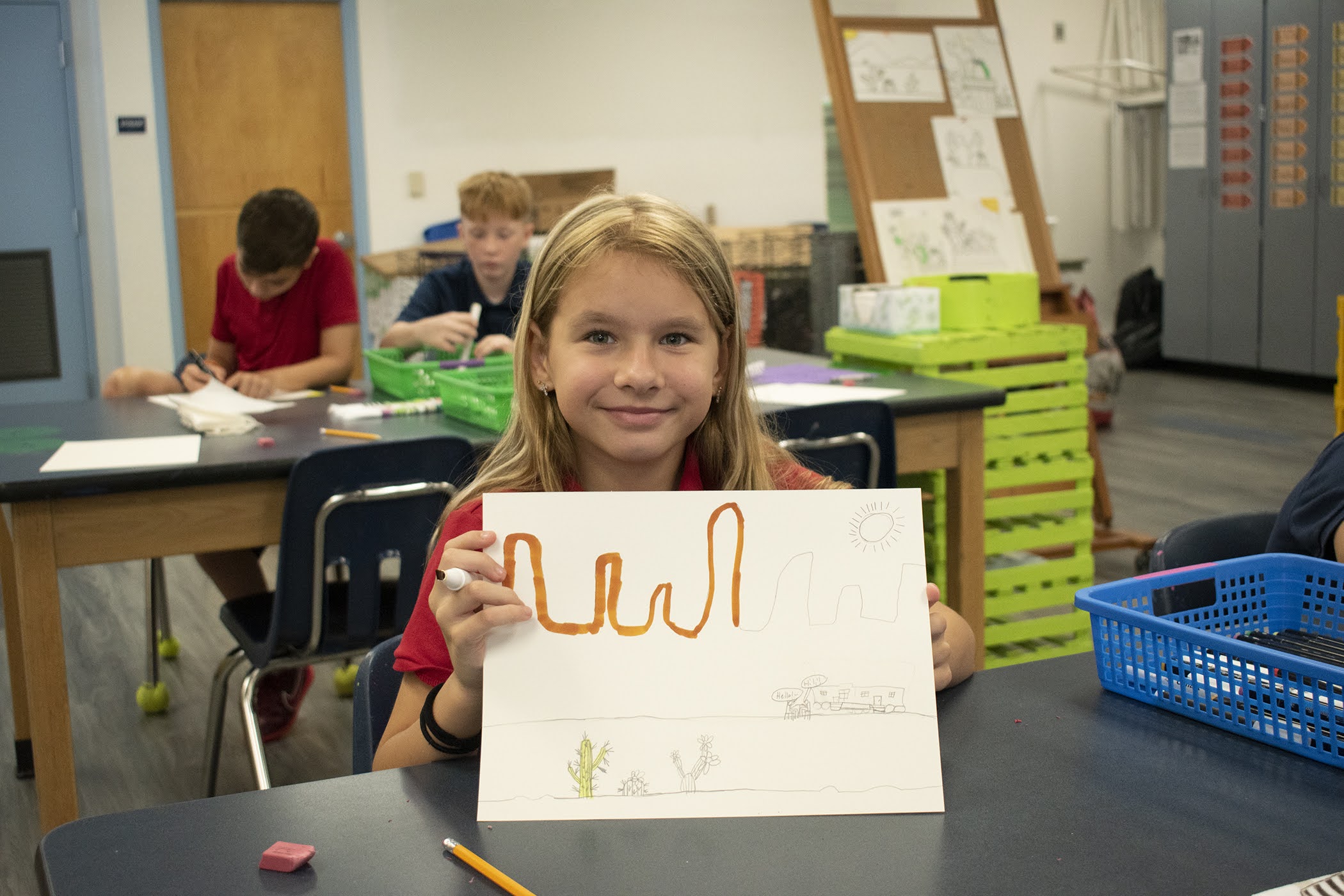 Of the cross-curricular engagement and the creative ways teachers connected their classes to Cooper’s journey, Carmen noted, “PE went with animal tracks and how animals would move. Science received sharks’ teeth to sort and classify. Music is having the students research Tin Pan Alley.”

Said first-grade teacher Tara Davies, “My team loved working together to come up with learning targets for our first graders. We really wanted to focus on sorting and classifying items during science and capital letters and punctuation during ELA.”

“It was an amazing bonding experience for my class and our grade level, as well as our entire school,” Tara added. Karen Cramer, a fourth-grade teacher, concurred. She noted how new teachers were immediately involved in the activity. They weren’t isolated in their rooms. Teachers connected and collaborated.

On Friday, a picture of Cooper swimming at North Port’s community pool surfaced. And after a week of exciting lessons, at a class assembly in Cranberry’s lunchroom, North Port’s five city commissioners and its city manager, who Karen had invited, arrived, bringing with them a certain cougar named Cooper, wearing swim trunks and clutching a pool noodle. Students gasped with excitement to see their wayward mascot back at school after such a long, winding trip.

This reunion capped an energizing week that reminded everyone about the power of education to captivate and bring people together. And it answered the question of what happens when a mascot goes missing and kids are engaged to solve the mystery. Collaboration, creativity, and inspiration happen. Fun, amazing lessons and learning that will follow the students of Cranberry Elementary far beyond the first full week of school happen. 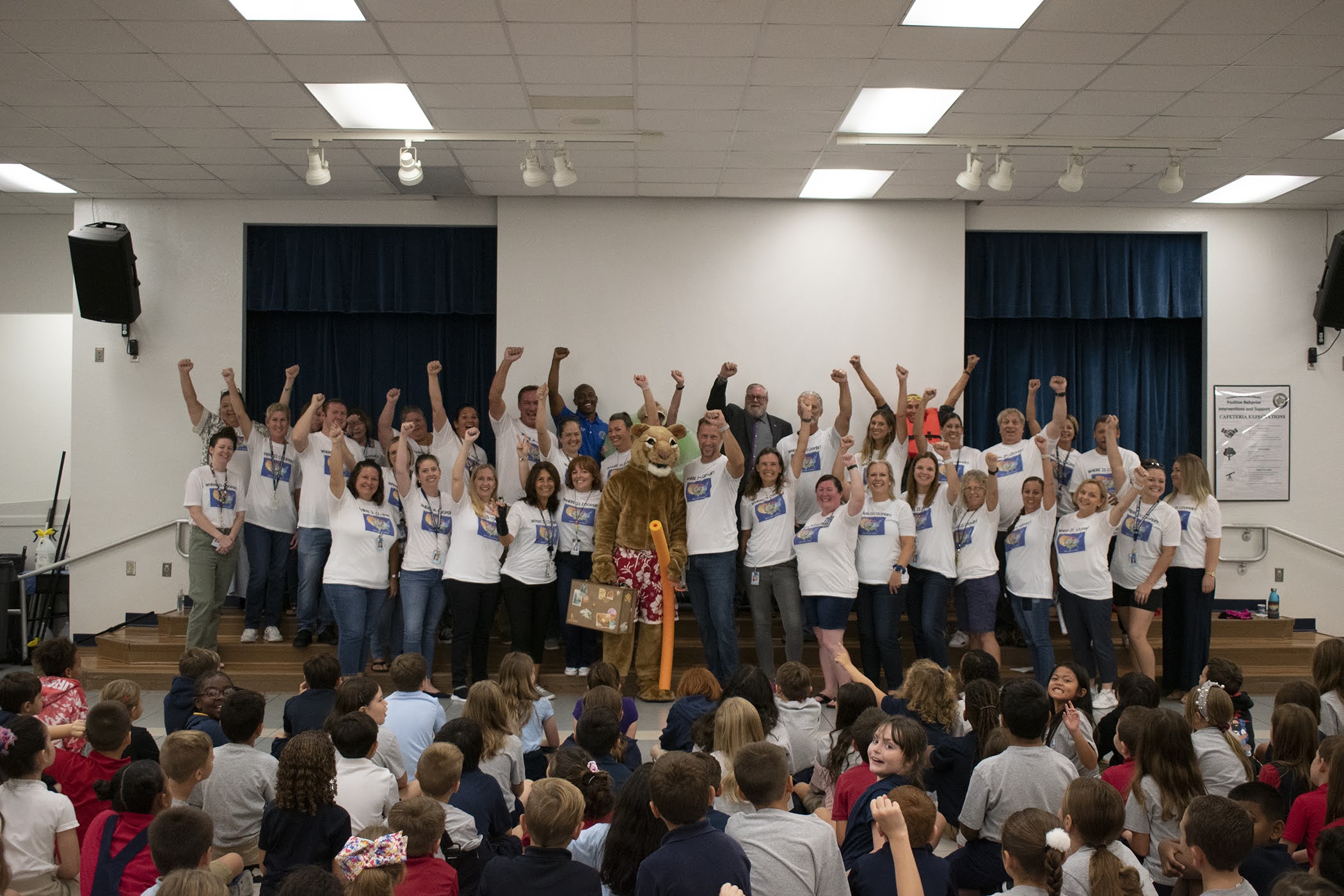