The Power of Planning Early

When Gabriel Cordero and his mom left Venezuela in 2017, they left behind family and most everything they owned. He’d been to Florida before on vacation—to visit Disney and to see Miami—but during those trips, he k 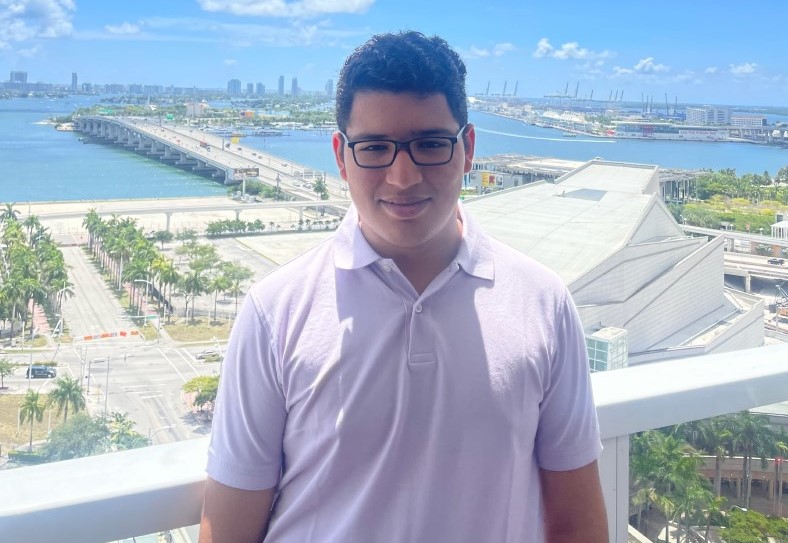 new he would soon return and see his friends and family and his toys and his bed and his home.

Although he came to America able to speak a little English, he was unprepared to begin school. The language barrier and the new school system posed a challenge, and soon it began to sink in that he wasn’t going back, and he would think about all that he and his mom had left behind.

In their hometown in Venezuela, Gabriel’s mom had been an outstanding engineering professional—and she’d given up her career so her son would have the opportunity to pursue his education in America. In Sarasota, where they settled after a short stay in Miami, she faced the prospects of starting over.

The more he understood what his mother had sacrificed, the more seriously he took his studies. While interested in history, his passion is math and engineering. He likes to figure out solutions to problems—such as how to keep alive the vegetable plants he grows on the porch. (Lately he’s been researching ways to create miniature greenhouses and plans to test out one that seems promising.)

Gabriel’s interest in STEM led him to enroll at Suncoast Polytechnical High School, where he will soon begin his junior year. And motivated by his mom’s immense sacrifice and her belief in the power of education, he is aiming high as he begins to plan for life after high school. He aspires to attend an Ivy League school such as Harvard or other rigorous, prestigious institutions such as the University of Chicago.

At the beginning of this summer, Gabriel received a postcard from the Education Foundation of Sarasota County, announcing free workshops at its community resource center, LaunchPad4U. These workshops would cover topics such as college essay writing, resumes, and financial aid, all of which prepare students for college, career, and life. Although still two years away from graduation, Gabriel figured he should start planning and learning more about the college-application process now. Although his mom studied at a polytechnical high school in Venezuela, the American education system, especially higher education, was a mystery. Gabriel signed up for as many workshops as his schedule allowed.

At these workshops, key steps in the college application process have been demystified, and Gabriel knows of milestones he needs to hit. Something else has happened: he’s gained confidence. At a workshop on creating and building resumes, as Gabriel compiled a list of the activities he’d done, and all his achievements, he felt empowered. Seeing how far he’d already come, he felt that he could in fact reach his ambitious goals.

In August, when Gabriel returns to school, he will do so more prepared. He will be able to progress through his final two years of high school more intentionally as he works to achieve his dream of entering a prestigious university. Gabriel’s story reminds us of the power of education and of the great sacrifices many take to achieve it. He also reminds us that it is never too early to start getting ready.