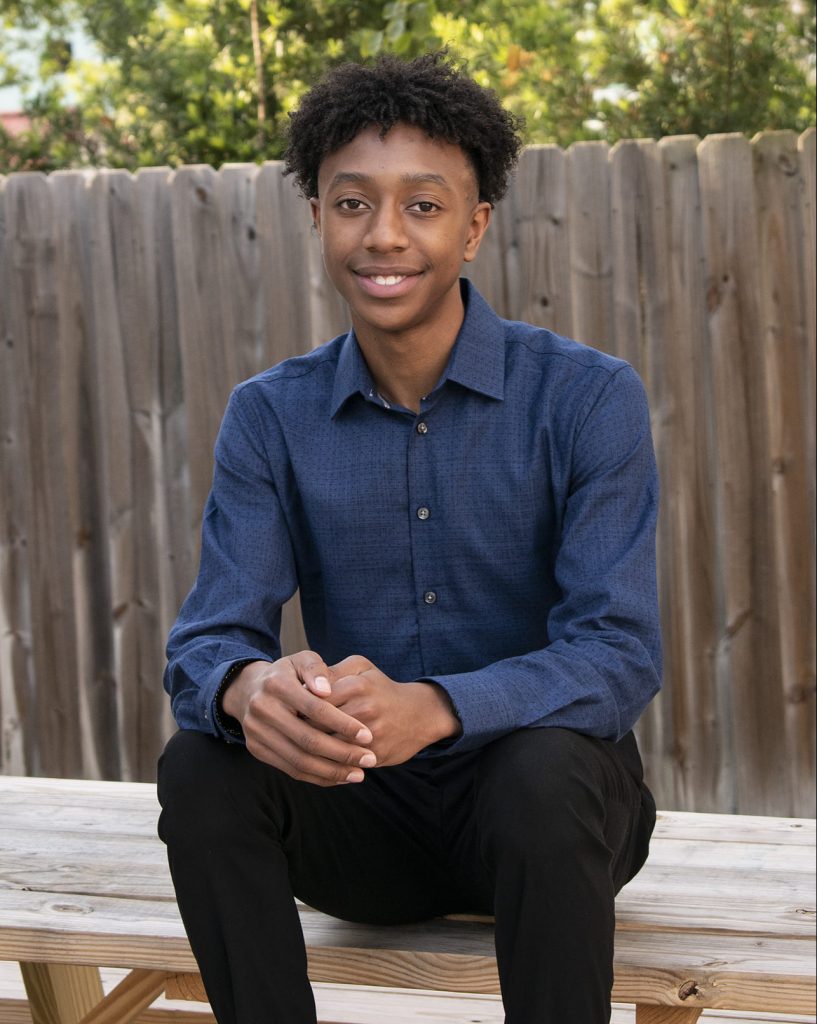 This past summer, William Moragne missed an unknown phone call. The voicemail provided a clue: it was Cheryl Haller, an Education Foundation of Sarasota County College Career Advisor at the Student Success Center at Sarasota High School, where William attends. But it was the middle of summer break. And William had no idea how this person had even gotten his phone number.

Turns out Cheryl was reviewing student files to identify high-achieving students who might benefit from early college advising. She wanted to help students get a start on the application process. She wanted to find out how she might help. That’s how she encountered William’s transcripts, which jumped off the page and prompted her to pick up the phone and dial his number.

William was born and raised in Sarasota, in a single-parent home. He excelled in school and has always been drawn to math, chemistry, and other STEM-related subjects. Since 2020, in addition to maintaining a rigorous academic schedule, he has worked 20-plus hours a week at Publix, first as a stocker and then a cashier. He likes working at Publix because he enjoys meeting new people, sharing conversations, showing customers that he cares for them. His passion for helping others, his empathy, and his interest in STEM have shaped his career pursuit: medicine, specifically anesthesiology.

William always assumed that he would study medicine at a Florida college. He figured it was the only affordable option. Until Cheryl left her message—and William returned the call.

Soon he was at the Student Success Center, where Cheryl peppered him with questions. What’s your ideal job? What are you looking for in a college? Where would you like to live?

William explained that he planned to stay in Florida, but Cheryl didn’t want him to feel constrained. She encouraged him to expand his options—and together they began to research schools, programs, places. They formulated a plan that included Florida universities and out-of-state schools such as Brown, Penn, and, his favorite, Duke.

In September, the Education Foundation paired William with a mentor, Alan Ross, whose daughter attended Washington University in St. Louis. Alan provided invaluable guidance throughout the application process. Alan’s daughter spoke to William, sharing insight into applying to and interviewing at competitive colleges.

A regular visitor to his Student Success Center, William attended virtual college fairs and found help with admissions essays. He studied for the SAT. He submitted his applications and began searching and applying for scholarships. Then he waited.

At the end of March, William received amazing news: he’d been accepted to Duke, a school with a 4.6% acceptance rate. In April, he traveled to Durham to tour the campus of his dream school. There, he met future classmates and walked the halls of buildings where he would soon attend classes.

Since then, William has received scholarships from organizations such as Arthur D. Vandroff, Kappa Alpha Psi, Manasota ASALH, and others. While he continues to search for ways to pay for school, he is excited to embark on his next adventure.

William offers practical advice to students preparing for the college application process: Shoot big. Don’t undercut yourself. Find something that will distinguish you from your peers. Prepare. Take rigorous classes and challenge yourself. Practice for the SAT and ACT—practice regularly, methodically, and take it again if you need to. Of course, listen to your voicemail… because you never know who’s calling. And be sure to return that call.