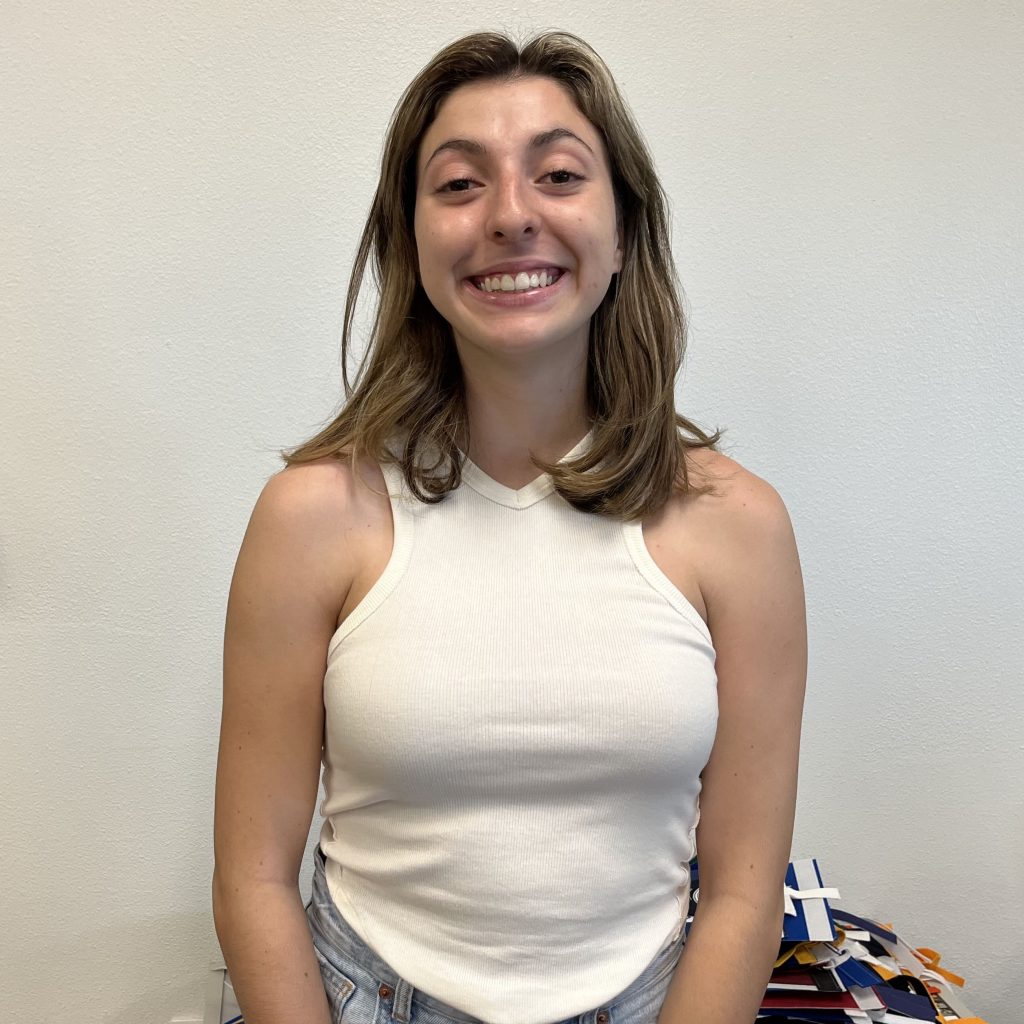 Julianna Syros knows her way around restaurants. For generations, her family—in Michigan, Philadelphia, and Florida—has owned and run them. Her grandfathers immigrated from Greece to America when they were in their late teens, entering at Ellis Island, and both started restaurants. Her father and mother have run restaurants. For years, Julianna has waitressed. She knows well the clanging of pans, the sizzle of searing lamb, the smell of moussaka, the intricate dance of cooks, servers, bussers.

For all its joys, the restaurant industry poses unique challenges, and Julianna’s family has struggled financially. Her parents separated when she was in elementary school, and when Julianna was ten, she and her mom moved in with her grandparents. During a rainstorm, her mom slipped and sustained a head injury so severe that she couldn’t speak or move.

During this difficult period, Julianna took refuge in music, playing piano. A self-proclaimed nerd, she tried hard in school but with little purpose. She had few friends and just wanted to stay close to her mom.

It took years, but her mom recovered and, when Julianna was 14, bought a house. When she was able, her mom started a new restaurant, in Lakewood Ranch, called The Breakfast Company.

Julianna has always felt an unspoken pressure to help with the family business after high school, to stick with restaurants. Tradition, social norms, and family can have a strong hold. Strange, then, that during her junior year, the Riverview High School student in the International Baccalaureate program found herself increasingly drawn to math, which led her towards engineering.

Julianna studied remotely last year during the height of the pandemic, but as her interest in engineering took hold, she started to think about her future. While she knew well the inner workings of a restaurant, college and a career in engineering mystified her. Her parents barely graduated high school. They were not encouraged to pursue college. And though her own siblings had attended universities, they were much older than Julianna and lived away from home.

In search of direction, she began to visit the Education Foundation of Sarasota County’s Student Success Center at Riverview. She would come into the school just to meet with her College Career Advisor in person, and together they would discuss pathways. They began to review colleges and create lists. Her advisor introduced her to a college representative and provided all kinds of insight into the application process.

This one-on-one advising increased this year as Julianna began to apply to colleges—and it has made all the difference. At the center, she has received help filling out the Free Application for Federal Student Aid (FAFSA) and her college applications. With individual support from an expert advisor, the complexities were made easier. Her advisor, who became a trusted source of inspiration and support, has tracked down scholarships and encouraged Julianna to apply. With the help of her advisor, she discovered ways to pay for college out of state, something she would never have imagined. Her list of landing places has expanded to include schools such as the University of Pennsylvania in addition to the University of Florida and others.

One day, Julianna may make it back to the restaurant industry, and she knows that she will help at her mom’s restaurant when she is in town visiting. She has already been accepted to the University of Florida and awaits word on some universities out of state before making her final decision. She knows she will miss the amazing energy of a restaurant and its ability to connect far-off places, people, and times through the meals, the menus, the décor, and the individuals making and serving the food. But she is ready to traverse a new pathway this summer, a pathway filled with complex equations and principles, one that she would never have imagined at the beginning of her junior year.