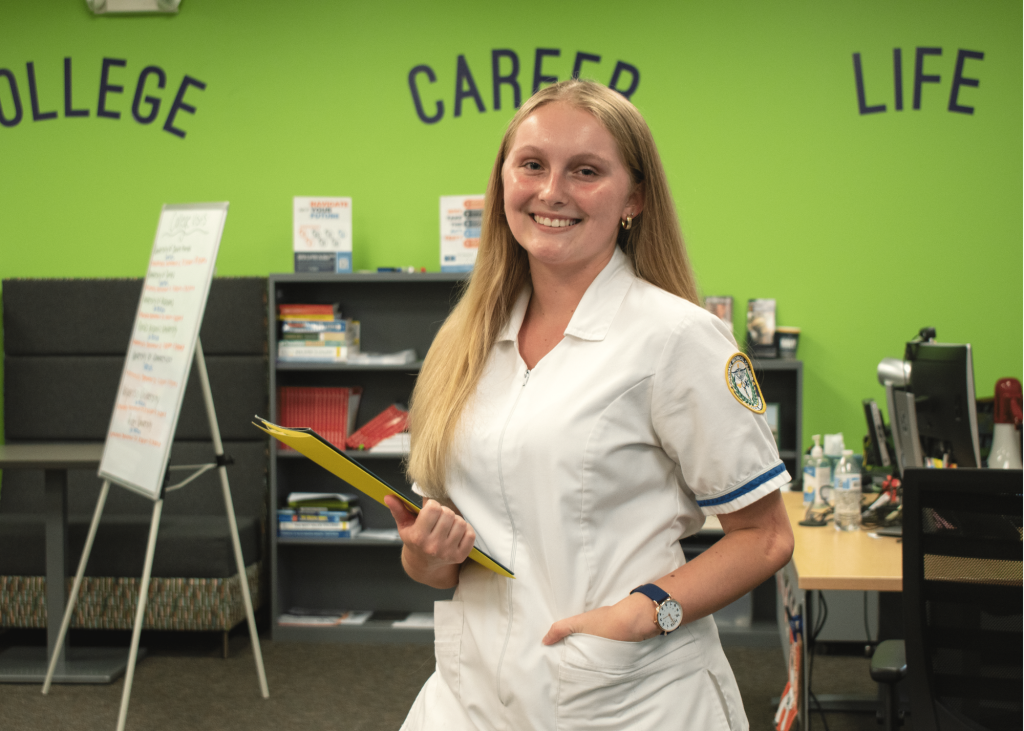 When she was five, Katelyn Ginn fell off the monkey bars and completely shattered her left arm. After a nine-hour surgery, during which doctors told her mother that she would probably never use it again, her arm healed to 85%, but the accident seemed to portend a fragile, complicated childhood.

Katelyn grew up on the move, shuffling back and forth from Texas to Cape Coral, Florida, before finally settling down in Sarasota. By the time she was three, she’d lost contact with her biological father. When she was 13, her mother would develop debilitating rheumatoid arthritis that would keep her bedridden for days and would require chemotherapy. That same year, Katelyn was diagnosed with severe to mild anxiety and panic disorder, and at 14, she would be diagnosed with scoliosis. Yet she would become the family caretaker, assisting her mother and her little sister, who suffers from seizures. She would become, in her words, “the mother hen.”

Neither of Katelyn’s parents graduated from high school, and, growing up in a low-income household with so much responsibility at such a young age, Katelyn’s schooling could easily have been derailed. But at McIntosh Middle School, she had the opportunity to participate in Florida State University’s SSTRIDE program, which she took to avoid P.E. Little did she know that the program, which introduces middle and high-school students to different math-, science-, and health-related careers, would captivate her.

Katelyn’s newfound interest in medicine, combined with her caring nature, led her to nursing, and in high school, she dual-enrolled at Suncoast Technical College. She is now on track to graduate high school with an associate degree in nursing, yet this summer she had “no clue” about long-term plans. A first-generation student, her future seemed incredibly vague. How could she afford college? Where should she even begin to look?

In July, she visited her Student Success Center at Sarasota High School. What she’d expected to be a quick question about an SAT fee waiver turned into a three-hour college consultation with Cheryl Haller.

Since their first meeting, Katelyn and Cheryl have developed a bond, and Katelyn is a regular visitor to the Student Success Center. Cheryl has helped her fine-tune her college essays, fill out her Common App, and find scholarships. She’s helped Katelyn prepare for the SAT. Katelyn can feel overwhelmed with her anxiety, and having an advisor she trusts, who is looking out for her, has helped her develop a plan to attend the University of South Florida or Florida State University as she negotiates her busy senior year while caring for her mom and sister.

Katelyn has overcome long odds. Her story and her resilience, courage, and compassion are instructive and inspiring, especially during these challenging and uncertain times. Her story reminds us that programs and people can and do change lives. Katelyn reminds us to keep going no matter the circumstances—and, foremost, to care for those people who need a little extra help.